watch 03:27
Wiki Targeted (Entertainment)
Do you like this video?
Play Sound

SPOILER WARNING: This article contains heavy spoilers about the main plot of the series that you might not want to know. Continue at your own risk.

The Jane's List of Suspects is the central plot of the second half of Season 5 and the first part of Season 6 of The Mentalist.

The story of this list came from Season 5 episode 8, Red Sails In The Sunset, when Lorelei Martins inadvertently revealed to Jane that he already knows Red John and even has shaken hands with him, causing Jane to make a list of people he's sure to have shaken hands with since the murder of his wife and daughter, and start to narrow it down in order to discover the true identity of Red John.

The initial list, as seen in The Red Barn, began with 2,164 names, which were reduced to only 7 names in the Season 5 Finale Red John's Rules. The catch is that Red John himself knew the seven names of the list even before Patrick did, and used it to challenge Jane: "I'm (Red John) going to start killing again, often. Until you catch me, or I catch you".

The main goal of the first part of Season 6 is to find out who of these men is Red John and stop him before his victim count continues to increase.

Conception of the list[edit | edit source]

In this episode, the list appears for the first time while Jane elaborates it. Pages visible in the photo at the top of  this article:

Four additional names are briefly visible in previous pages of the notebook. This list seems to be a tribute to people who have worked a long time for the series.

Another page is uncertainly seen. The three names that are there seem to be:

People (male and white) Jane has shaken hands with on screen, from Pilot to 5x08, that aren't in the list.

Patrick Jane does not shake hands with Brett Partridge (Pilot, Red Sky In The Morning) and Dean Harken (Code Red) on screen. Neither does he shake hands openly with Ellis Mars, Towlen Morning, Osvaldo Ardiles, or Jason Cooper. Among the characters that appear in the notebook of Jane:

Since from The Red Barn we know that probably RJ was a teenager or a young man in 1988, then he must be one among Mashburn, Ardiles, Partridge, Harken or Haffner (which last name, however, doesn't appear in the "list" in Jane's handbook).

As of the thirteenth episode of the fifth season, Patrick Jane has narrowed his Red John suspect list from 2,164 suspects to 408. Ray Haffner is now a prime candidate, the reasons for which are the following: He and Jane shook hands in "Little Red Book" when they first met. He is a member of the Visualize cult, and the audience suspects Red John of being a member, or an ex-member. He refuses to tell Lisbon if Visualize sent him to work at the Elliston Barn in 1988. Red John worked at the barn in 1988. Jane suspects Red John of having been under the age of thirty in 1988, making him a "kid" according to Peter DiBuono, presumably Red John's co-worker.

In Red Letter Day Kirkland stole a fake list from Jane, which contained wrong names, as revealed in Red Listed:

See also the the category of Red John Suspects.

In season 5 episode 22, Red John's Rules, the final list of 7 names is revealed. They are:

Narrowing down the list[edit | edit source] 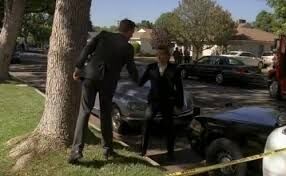 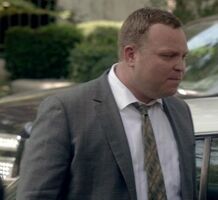 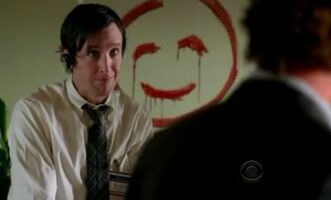 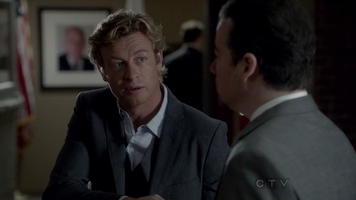 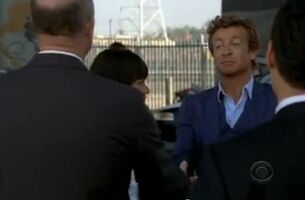 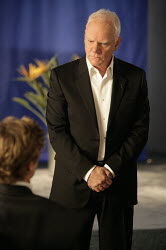 McAllister
Add a photo to this gallery

In season 6, episode 4, Red Listed, only five possible Red John suspects remain. Bob Kirkland is shot and killed by Reede Smith while being transported to prison for the abduction of Patrick Jane, torture of Richard Haibach, and murder of Benjamin Marx (a fake Red John suspect, also tortured). The remaining suspects are:

In season 6, episode 6, Jane rules out both Ray Haffner and Bret Stiles as Red John. Then, we don't know if anyone was killed by the bomb at Jane's house. Howewer, the remaining Red John suspects could be:

In season 6, episode 7, it is revealed that McAllister, Stiles, and Haffner were killed in the explosion from the last episode, as Cho states DNA of these men was found among the rubble. So, the two remaining suspects are:

Reede Smith later turns himself into the CBI for protection from the Blake Association and Jane suspects he is not Red John, revealing Gale Bertram is possibly Red John. This is not confirmed, since Gale Bertram is on the run.

It is revealed that Red John isn't Gale Bertram, but is actually Thomas McAllister, who survived the blast and staged his death in Jane's house. Jane kills McAllister by choking him to death after a lengthy foot chase.

Retrieved from "https://thementalist.fandom.com/wiki/Jane%27s_List_of_Suspects?oldid=46662"
Community content is available under CC-BY-SA unless otherwise noted.