Season 5 premiered on September 30, 2012. It picked up after the cliffhanger of The Crimson Hat, with the episode, The Crimson Ticket. The main focus of this season is discovering the identity of Red John and figuring out what the connection Lorelei Martins has to him.

The Mentalist tells the story of Patrick Jane, an independent consultant with the California Bureau of Investigation (CBI), who has a remarkable track record for solving serious crimes by using his razor sharp skills of observation. He also makes frequent use of his mentalist abilities to lead witnesses or offenders into offering the actual facts of the case, as known only to them.

Within the Bureau, Patrick Jane is notorious for his blatant lack of protocol and his semi-celebrity past as a psychic medium, whose paranormal abilities he now admits he feigned. Patrick Jane's role in cracking a series of tough high-profile cases is greatly valued by his fellow agents.

However, no-nonsense Senior Agent Teresa Lisbon openly resists having Patrick Jane in her unit and alternates between reluctantly acknowledging Patrick Jane's usefulness and blasting him for his theatrics, narcissism and dangerous lack of boundaries. Lisbon's team includes agents Kimball Cho, Wayne Rigsby and rookie member Grace Van Pelt, who all think Patrick Jane is a loose cannon but admire his charm and knack for clearing cases.

The CBI arrest Red John accomplice, Lorelei Martins, following the season four finale, only to have her taken from them by the FBI. Jane enlists the help of cult leader Bret Stiles to break Martins out of prison, so that she can tell him Red John's true identity. However, while Lorelei refuses to reveal her master's true identity, she tells Jane that they have met before. The rest of the season follows Jane's quest to narrow down the list of everyone he has met and shaken hands with following the murder of his wife and daughter. By the end of the season, he is armed with a list of just seven names. 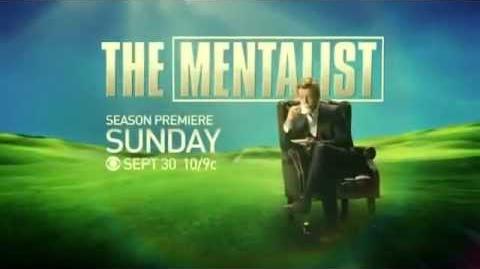